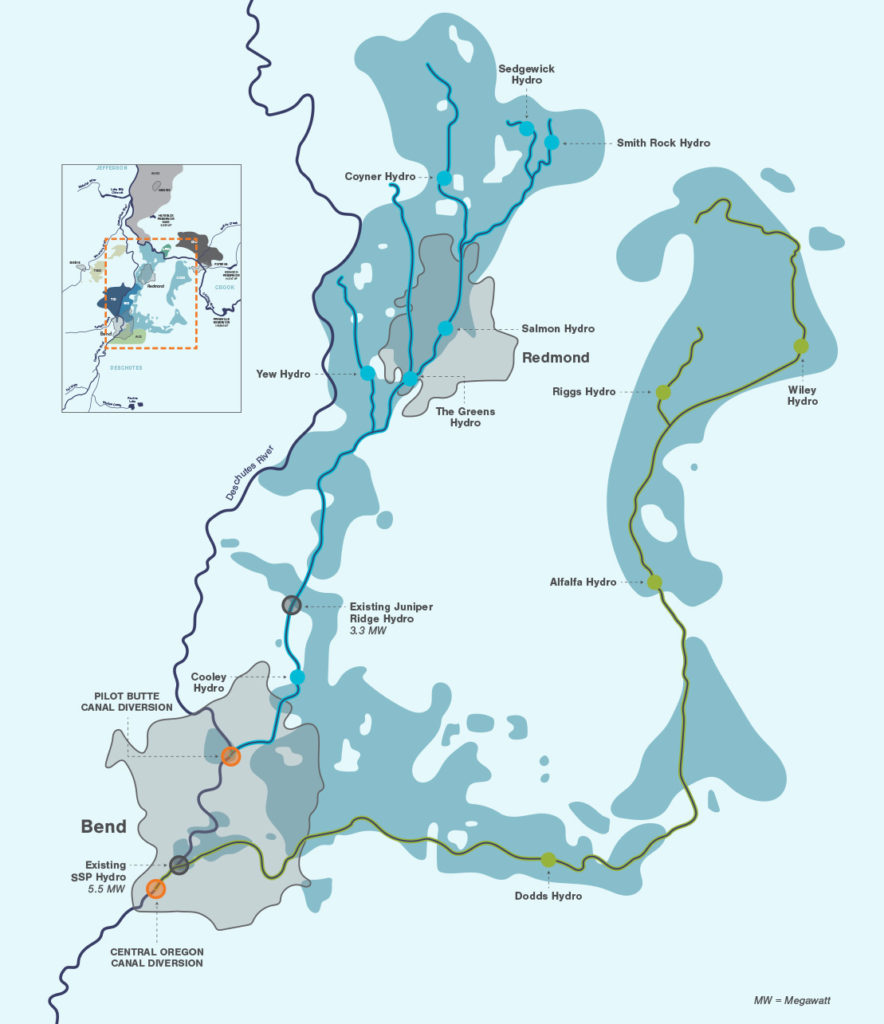 Central Oregon Irrigation District operates and maintains over 400-Miles of main and lateral canals combined to deliver water to approximately 46,222 acres of irrigated land. The volcanic nature of the Central Oregon geology results in the propensity for seepage losses in many areas of the COI canal system.

COID is analyzing its entire system to develop a System Improvement Plan(SIP). The purpose of this SIP is to:

There are two primary alternatives for the mitigation of seepage losses. The first is canal lining and the second is canal piping. A 50-year life-cycle evaluation of lining versus piping alternatives revealed that canal lining may be less expensive to implement in its first installation cycle than piping, however canal lining requires significant maintenance and replacement cycles that ultimately cause it to exceed the cost of piping over time.

Given the approximate 700-FT of elevation differential across the District, piping is the preferred choice for canal water loss mitigation and it supports:

The District’s approximate 46,222 acres are served by two primary canals, the Central Oregon Canal and the Pilot Butte Canal as well as some direct deliveries from the Deschutes River that were not included in the SIP. The Central Oregon Canal delivers water to 25,274 acres and at the time of measurement had an estimated loss of 99cfs. The Pilot Butte Canal delivers water to 17,338 acres and had approximately 156cfs. of loss.